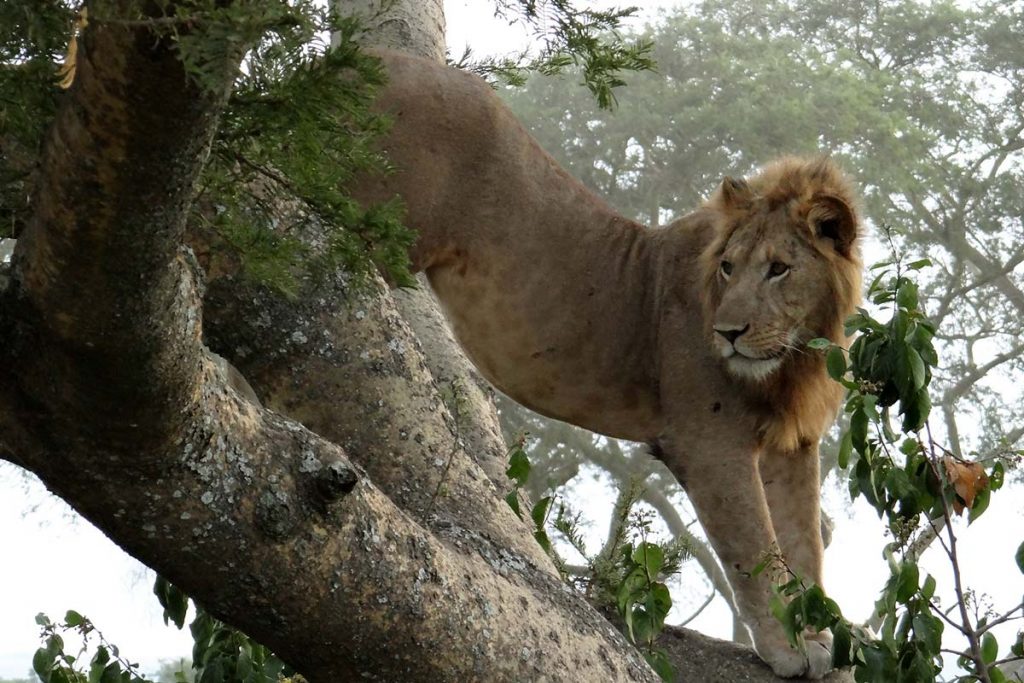 Queen Elizabeth National Park is undoubtedly the most famous National Park in Uganda. Situated close to Mountain Rwenzori, the park has various scenery including beautiful crates lakes that wind through the rolling hills, the panoramic display of the Kazinga channel with an awesome view of the hippos, buffaloes, elephants and several bird species lined up at the shores.

The park consists of two sectors that is the Mweya where you get to enjoy the views of the Mweya Peninsula and enjoy a boat safari on the Kanziga Channel where Lake George and Lake Edward meet and the multitude of Elephants, Birds, Hippos, wildlife along the Kazinga Channel. Ishasha sector where you enjoy views of the tree climbing lions up in the fig trees waiting to pounce on its prey, the chimpanzees of the Kyambura Gorge.

Queen Elizabeth National Park lies between Lake Edward and Lake George with the Katwe explosion craters marking the park’s highest point at 1,350m above sea level and Lake Edward marking the lowest point is at 910m and spanning the equator with monuments on either side of the road marking the exact spot where it crosses latitude 0 degrees. 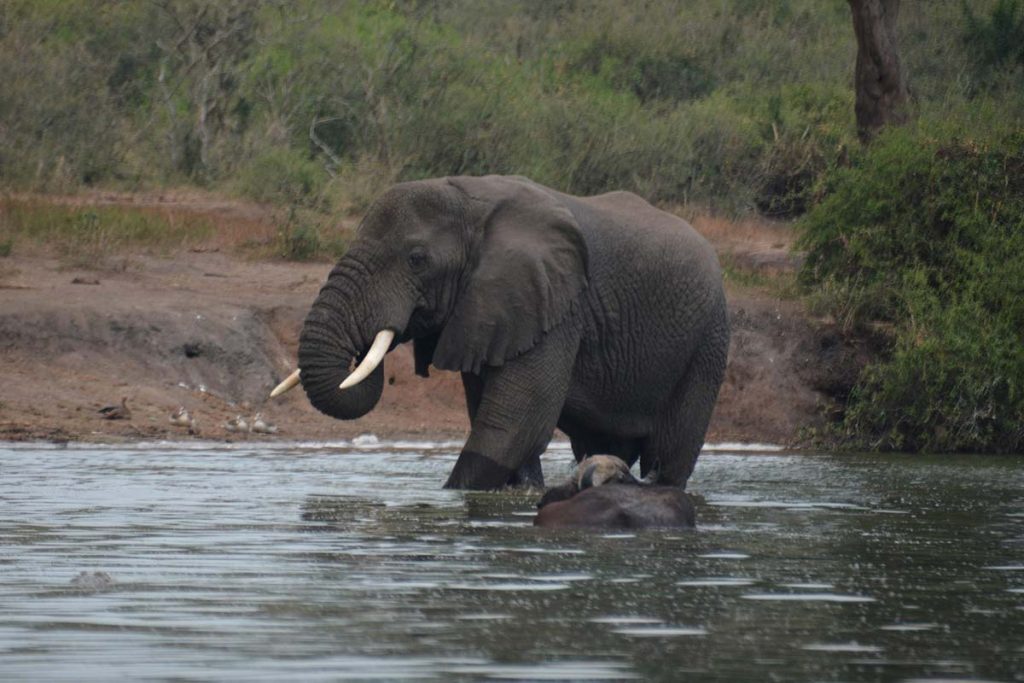 The animal residents of the park include; the Uganda kob, warthog, elephant, waterbuck, giant forest hog, leopards, lions and hyenas, the rare semi-aquatic Sitatunga Antelopes that have webbed toes, topi antelopes and the famous tree climbing lions found in Ishasha sector, various primates in Maramagambo forest and the Kyambura Gorge.

The amazing numbers of feline cats that you can often spot on game drives, such as lions, leopards, civet cats, genal, and serval cats. Most of these can be spotted on an exciting adventure of the nocturnal game drive where you view the predators as they are out on the prowl.

Set against the backdrop of the jagged Rwenzori Mountains, Queen Elizabeth National Park’s magnificent views include enormous craters carved dramatically into rolling green hills with panoramic views of the Kanziga Channel with its banks lined a lot of wildlife 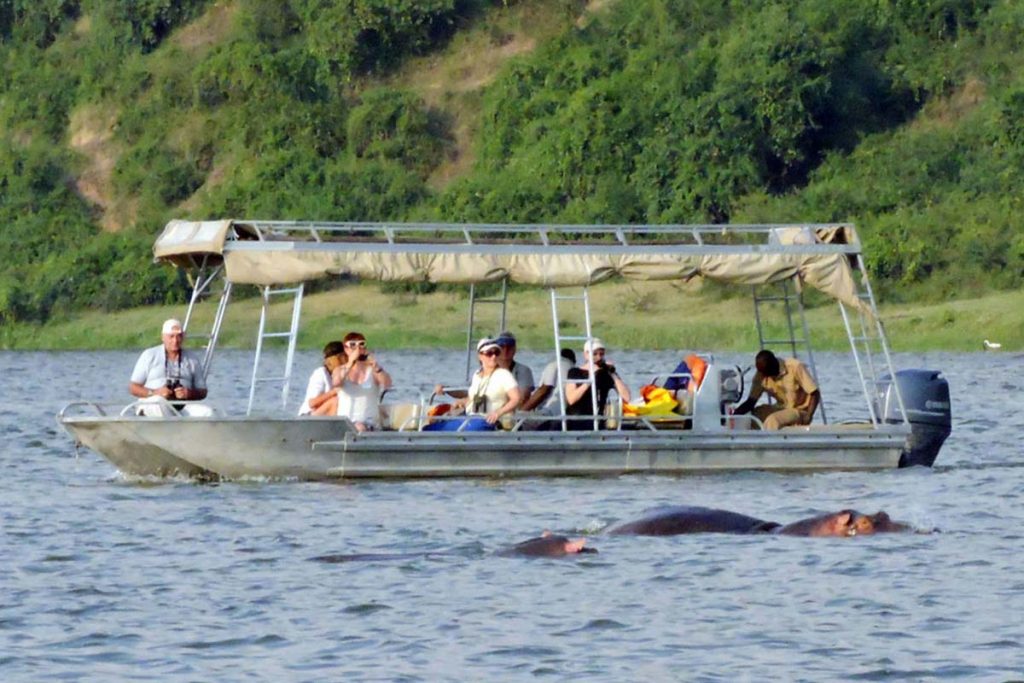 Compared to other tourist destinations in Uganda, Queen Elizabeth National Park has a variety of activities that visitors can enjoy on their visit to Uganda that will keep them coming back including;

How to Get to Queen Elizabeth National Park

Queen Elizabeth National Park is located in western Uganda and it can be accessed through;

Queen Elizabeth National Park can be accessed by air through charter flights that can be arranged to existing airstrips of Kasese, Mweya and Ishasha with Fly Uganda or Aerolink with scheduled flights  from Entebbe to Kasese and Mweya

Climate and best time to Visit

In Queen Elizabeth National Park you can enjoy game viewing and wildlife adventures all year round, though some times of the year are better to visit compared to others. The dry season runs from June to September is the best time to view wild life and track chimpanzees in Queen Elizabeth National Park though the wet season has the best scenery in and around the park that  is extremely beautiful.