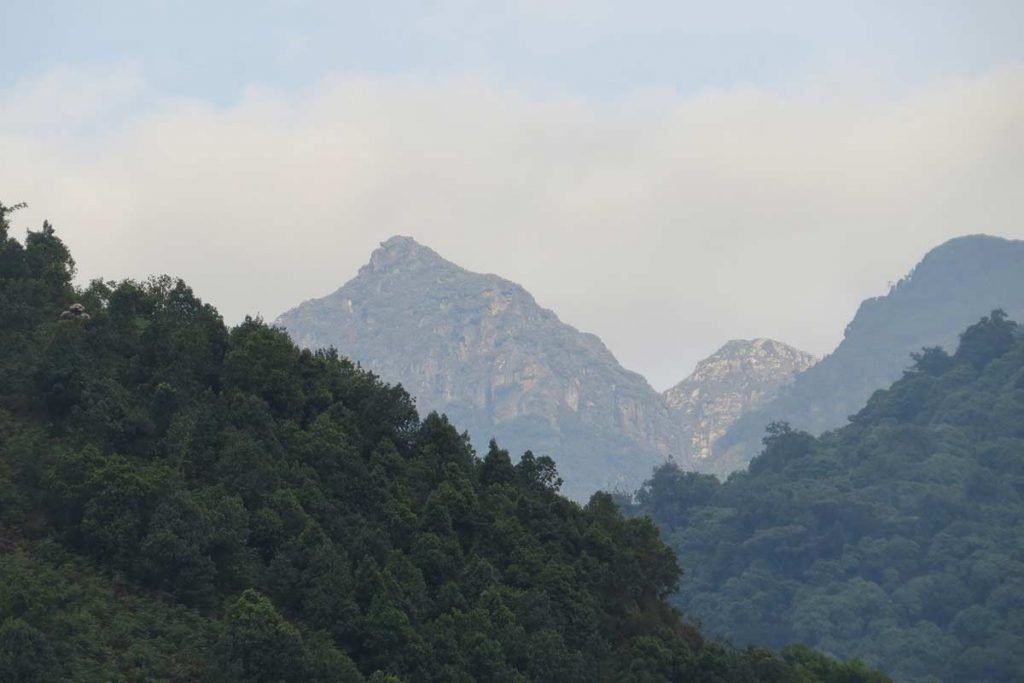 On this 9 day Rwenzori Mountain Hiking Safari in the South western Uganda, you will be rewarded with the best hiking experience up to the top of the snow capped mountain of Rwenzori also known as “Mountain of the Moon”. There are basically two hiking trails that are followed by hikers climbing Rwenzori mountains from Uganda side and 1 trail for hikers using the Dr congo route and all these will lead you to the top of the magnificent snow-capped Rwenzori

The Rwenzori Mountain Hiking Safari can be done with the 5 Days Mahoma Trail on Mt. Rwenzori, 7 Days Rwenzori hiking tour or 9 Days Rwenzori hiking trip to explore the central circuit trail which starts in Nyakalengija and the Kilembe trail which starts in Kilembe. Enjoy hiking to the Peak Margherita with a professional guide where you will enjoy the beautiful vegetation with big lushes of green.

Early morning after breakfast you will commence on your Rwenzori Mountain Hiking Safari to the Rwenzori Mountain National Park trail head at Nyakalengija. Through Kampala to Fort Portal where you will stop over for an en-route lunch. Later proceed to Mihunga lodge to relax and prepare for your next day of hiking the Rwenzori 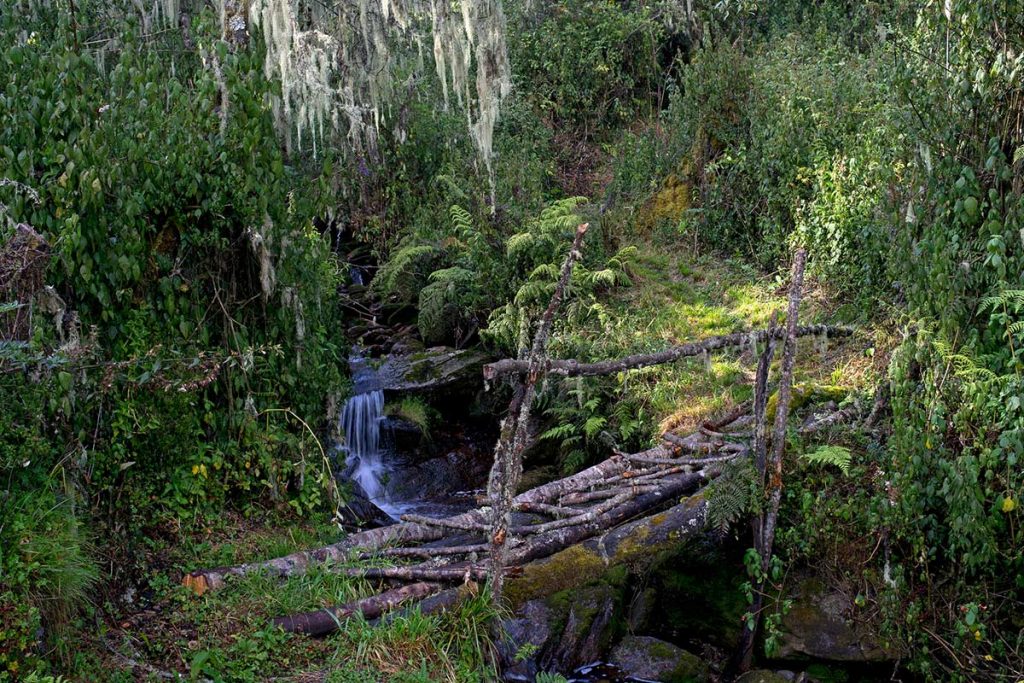 Procede to the Nyakalengija trail head (1600m) where the Uganda Wildlife Authority will provide an informative briefing prior to commencing the trek. Walk past Bakonjo homesteads dwarfed by steep foothills and banana plantations. Follow the trail along the Mubuku River, to cross the Mahoma River and before climbing steadily through Podocarpus forest.

After a substantive breakfast, depart Nyabitaba early, along a small trail dropping down through the forest to the Kurt Shafer Bridge, just below the convergence of the Bujuku and Mubuku Rivers. The forest gradually turns into a bamboo zone where the trail is slippery and moss-covered. A zone of the giant heather, lobelia and groundsel vegetation emerges before the Nyamileju rock shelter before traversing a bog to the hut.

The trail crashes down to cross the Bujuku River and enters Lower Bigo Bog, home of giant lobelias. Cross the bog to the Upper Bigo bog before continuing to Lake Bujuku where views of the highest mountain – Stanley – to the west are to be seen.

After Bujuku, the boggy trail climbs the slopes west of the lake, passing through the paranormal groundsel gully. Ascend to Scott-Elliot Pass (4372m). A metal ladder takes you over an extremely steep section after which the trail branches, the right leads up to Elena Hut and Mt Stanley over a steep rocky trail, while the left leads to Scott-Elliot Pass and down to Lake Kitandara. at the base of the Stanley Glacier 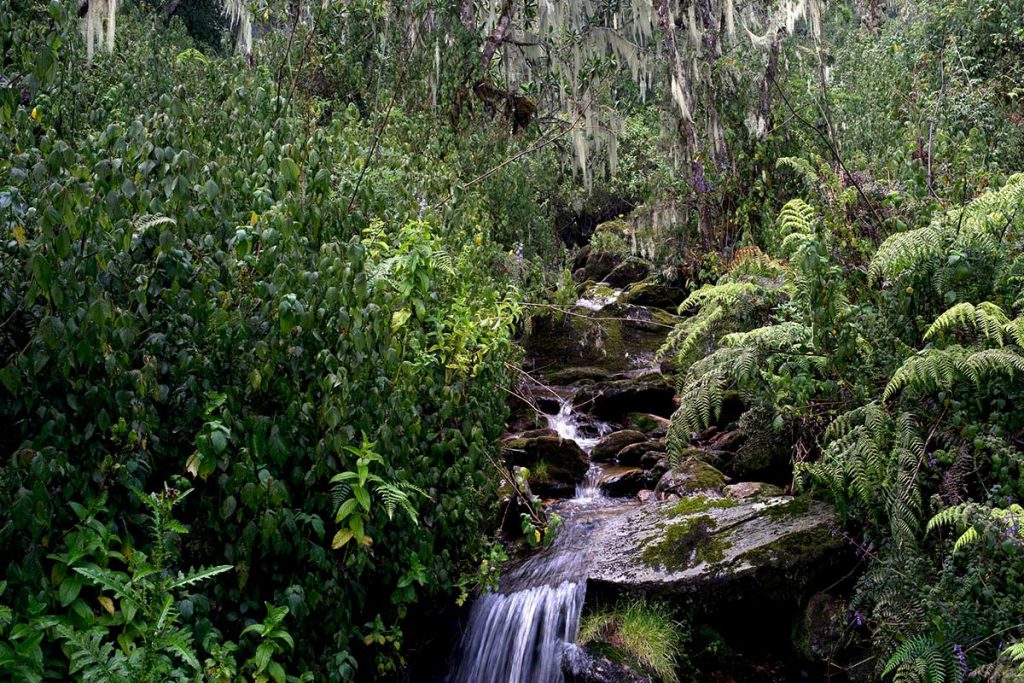 For those who do not wish to climb the peak, a more restful day walking from Elena Hut (4541m) to Lake Kitandara (4023m). For those who wish, but also depending on altitude sickness, visibility, climbing ability and acclimatisation, climb a further three hours to Margherita peak (5109m) and later down to Kitandara Hut. Trek to the Elena glacier, before moving on to the Stanley Plateau. Climb and scramble to Margherita summit, the highest point of the Rwenzori. Use of Crampons and ropes may well be necessary. Be prepared for a tough, arduous time in the mountains. Return to the Scott-Elliot pass, view the magical Bujuku Lake and Mt Speke at a distance, continue to down to the Lake Kitandara. 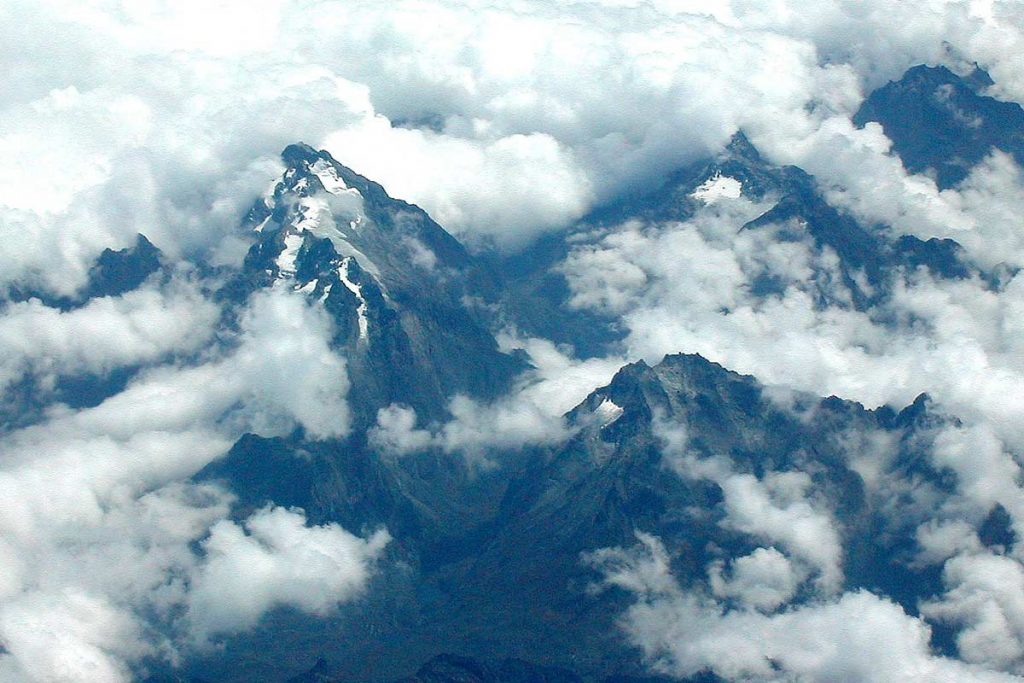 After breakfast, a steep climb from the base of Mt Baker to the south side of the mountain to the Fresh field Pass (4280m). Views into the Congo to the west and Mt Stanley to the north are possible. From the pass, the boggy trail continues downwards, passing the rock shelter at Bujangolo, the base camp for the historic expedition by the Duke of Abruzzi in 1906.

Morning breakfast and load up on the equipment. Later, the porters and the climbing partly finally descend out of the Mountains. Trekking will be through a 6 hours walk that goes past the nearby Lake Mahoma and Nyabitaba and passes through the heather area and the Moss Zone. This may be the final hut in the Rwenzori Mountains or you could exit all the way if you feel energetic.

Drive to Entebbe Airport for you exit flight back home.

Included in the price

Request a quote for this safari

Although it’s regarded as a year-round activity, the best time to visit Uganda for gorilla trekking is during the country’s two dry seasons: Januaryand February and from June to September. These are the typical peak seasons for Uganda Safaris.

Gorilla trekking permits are issued by UWA for US $600 per person per trek and in Rwanda by RDB for $1500 per person. Without the gorilla permit, no tourist is allowed to trek these gentle giants. That money partly takes care of the mountain gorillas’ protection and health within their natural habitat.