For sheer awe-inspiring travel, few countries can match Kenya. Its national reserves and conservancies are well-protected havens for some of the most endangered wildlife on the planet, from the lions and cheetahs in the Maasai Mara of the south to elephants and black rhinos in Samburu of the north.

If all you know of wild Africa is David Attenborough or Big Cat Diary you are in for the surprise of your life. No matter how many wildlife documentaries you may have watched, nothing prepares you for the real thing.

If you’re a first timer, spare a little more bucks and fly by light aircraft from Nairobi down to the Maasai Mara. Below lays a sea of grass in which elephants stand and shake their ears as you zoom overhead. Look closer you’ll pick out more animals: graceful giraffes, lines of wildebeest as they string out like beads across the savannah. “Look down there!”

So where should you go for your first taste of safari life? Africa is so vast, its horizons so wide. Some of its big-game strongholds are the size of small countries. Among the finest are Botswana’s Okavango Delta, Zambia’s Luangwa Valley and South Africa’s Kruger National Park. But if you are planning a once-in-a-lifetime sojourn in the bush it has to be East Africa. Nowhere are animals so visible as on the high plains of the Maasai Mara and Serengeti, and the land itself is quite something. To look down into the immense bowl of the Ngorongoro Crater is to stand at the gates of heaven.

Ease of access makes East Africa a natural favourite for first-timers. Such things are possible in Nairobi because Kenya’s safari industry is backed up by an efficient tourist infrastructure with a dazzling choice of camps and lodges to suit all budgets. This is, after all, where modern safaris were invented back in the Twenties.

Scenic Trail Ventures organises some of the most dramatic safaris to magical Kenya’s savannah. We can tailor make one to fit your budget and time. The most memorable experience is when you combine Uganda’s Mountain Gorillas, the Nile river source in Jinja and Kenya’s Savannah dramatical display of nature’s club. Take a look at our suggestions bellow. 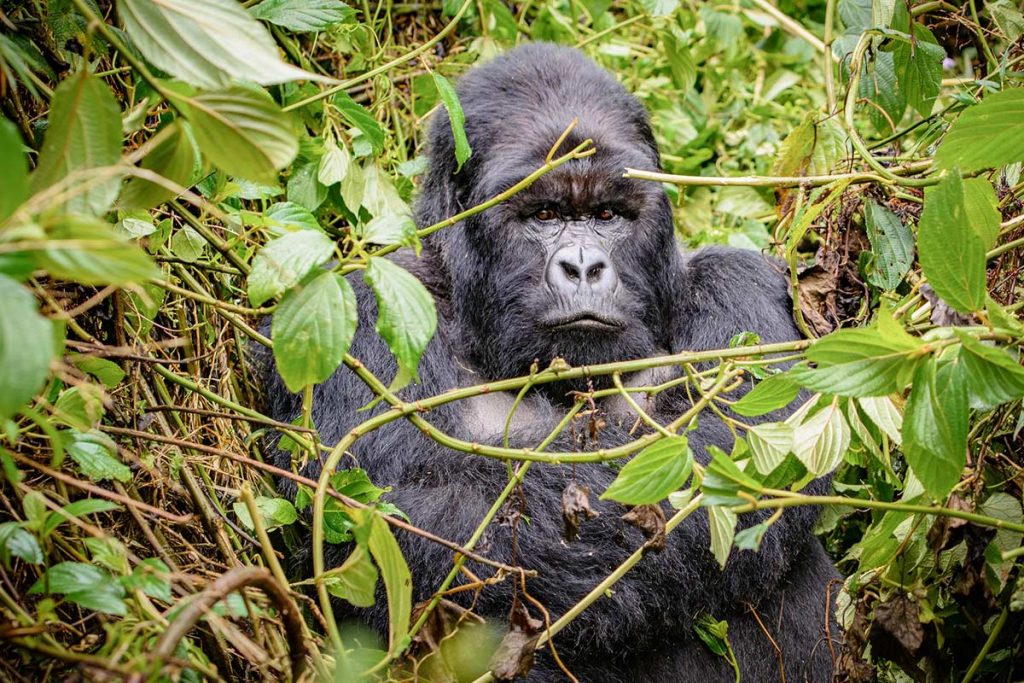 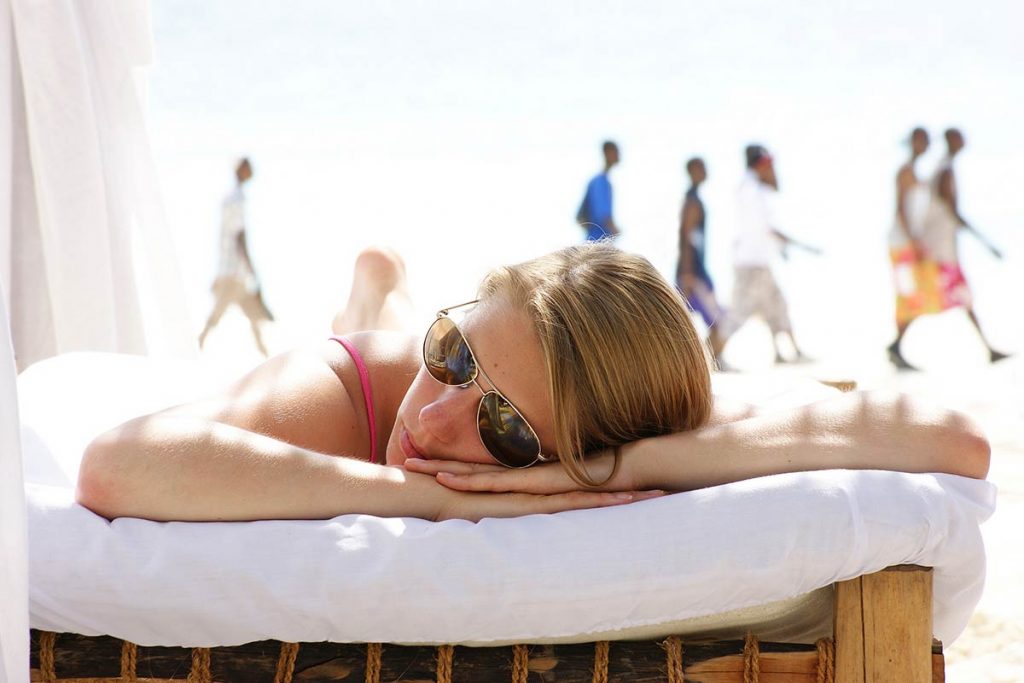 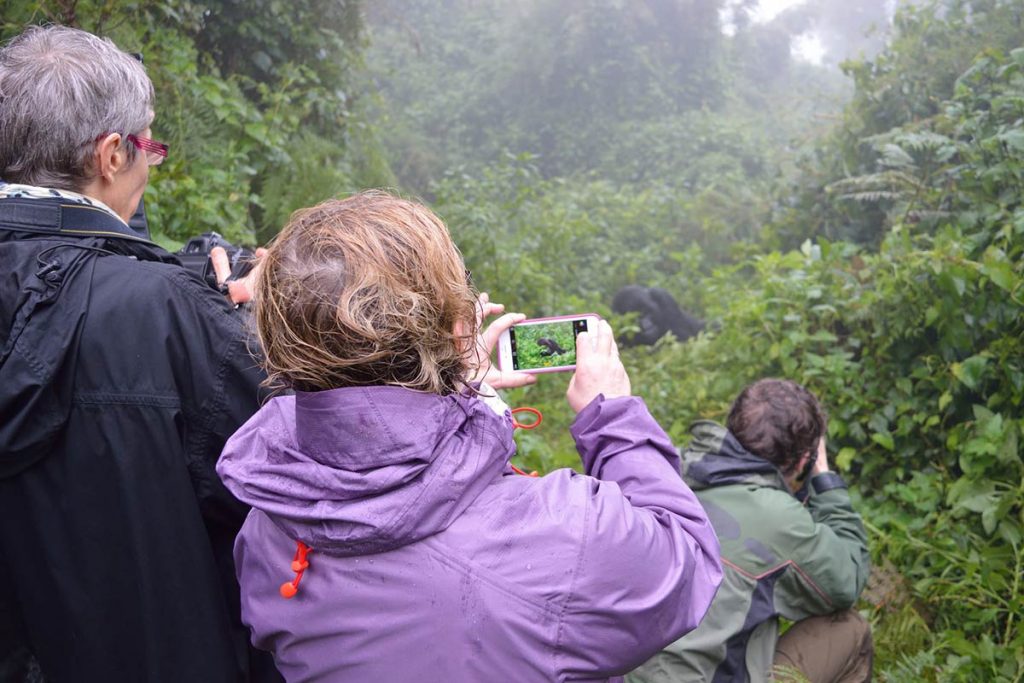 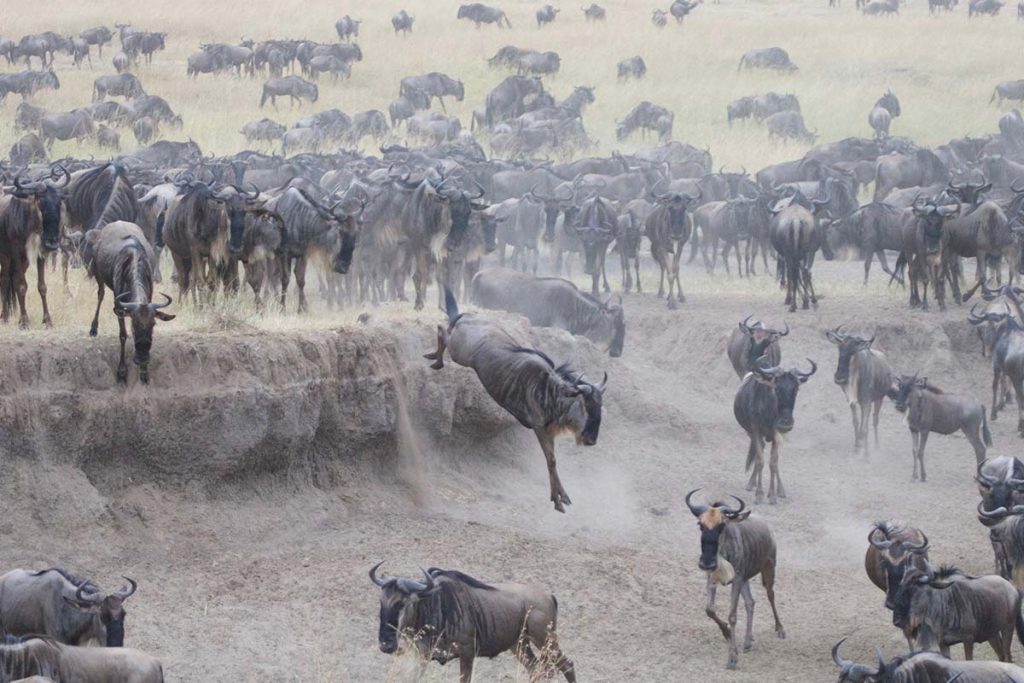 Not long ago in the history of African safaris, the “Big Five” were at the top of hunters’ lists, as they were considered the most difficult of Africa’s big game to hunt and shoot while on foot. These were: lion, leopard, rhino, elephant and cape buffalo. Fortunately, only the tourists are allowed to do the shooting today but only with their cameras.

Whilst rampant big-game hunting has been largely consigned to history, unfortunately poaching has taken its place and it’s the rhino in particular that has suffered most as a result.

Accordingly, the number of places in Africa where you’ll have the opportunity to see the Big Five has fallen considerably. However, there are places in Kenya where rhino populations are still strong and so it’s still possible with a bit of Kenya Safaris luck. In the north of Kenya, most notably Lake Nakuru, Ol Pejeta Conservancy and the Lewa Wilderness Conservancy, rhino can still be seen, allowing you to see all of the Big Five.

These areas are relatively small in comparison to other safari parks so your chances of seeing these animals are increased, although the leopard always seems to remain elusive and so an element of luck is required to see one.

Finally, Kenya Safaris most famous reserve, the Masai Mara, is also home to the Big Five, but due to its sheer size the animals are more spread out and the chances of seeing them all are more limited.

Where to see the big five in Kenya

The waters of Lake Nakuru are most famous for its millions of pink flamingos. Together with these, it is possible to see up to 400 species of birds, as well as big game like rhino and lion.

The Masai Mara covers an area of 1,800 square kilometres and is probably one of the most famous reserves in Africa. The most famous act played out annually is the Great Migration, which sees up to two million wildebeest undertake a journey of roughly 1,600 kilometres.

All holidays involve a fair amount of planning – especially African Safaris – so let us take the stress out of your Kenya safari admin with this helpful summary of the key things you need to think about before you set off.

If you’re a first timer, here are a few tips to help you craft your most anticipated Kenya Safari with little or no hustle.

The best time to go on Kenya Safari is between January and the end of March; the climate is mild, mostly dry and game viewing is at its peak. Alternatively, a rainy season visit – between mid-March to June and again between October and December – is well worth considering in order to avoid the peak-season crowds and to take advantage of cheaper, off-season rates on accommodation and tours.

Why travel with STV?

Mass Kenya Safaris market tends to stick to the same routes and hotels without venturing off the beaten track.